Words and pics by Mark Schierholz

Rick Allen, drummer for the English rock band Def Leppard since 1978,  is a 2019 Rock and Roll Hall of Fame inductee. Rick also plays drums with his wife Lauren Monroe.

Rick has a passion for art, and is a very talented artist. His art can be found on his website www.rickallen.com He has upcoming and past art shows featuring his work.

​I caught Rick for a brief chat as he prepares for the upcoming Monsters of Rock Cruise and European tour with Def Leppard. Let me introduce you to the real Rick. Short, but sweet.

​Mark: First off, congrats on your being an inductee into the 2019 Rock and Roll Hall of Fame. Def Leppard is going to do a residency in Vegas in August, I saw.

Rick: Thank you! Yeah, that residency just go announced. It'll be good, at least I'll have a band that doesn't move, you know.

​Mark: Lauren Monroe is your wife, and you play in a band together, you do play some for charity, is that correct?

Rick: Yes! She's pretty amazing. She's actually really talented. She's recording and writing songs at the moment. She's a force to be reckoned with. You know, the last gig I played with Lauren, it was to raise money for wounded vets. Actually, Lauren and I, we set up a foundation in about 2001. It's called the Raven Drum Foundation. You can find it online. You know, a portion of when I do the artwork, a portion of the proceeds from that go to Raven Drum. And then when I'm out on the road, we'll do meet and greets and stuff like that. The proceeds from that go to it as well. It's nice.

Mark: You just did a tour with your artwork didn't you, just recently?

Rick: Yeah, I did three shows. The next up is, I'm actually out on the Monsters of Rock Cruise. I'm gonna be selling my artwork on the ship.

Rick: It's not my favorite, but we sell a lot of art. That's for sure.

Mark: Do you have a page for your artwork?

Rick: If you go to rickallen.com, that'll help. You'll be able to see some stuff. And then wentworthgallery.com also.

Mark: May I read you a comment that a drummer named Mike Carter commented on my post last night, that is directed to you personally?

Mark:  He said, "As an amputee drummer myself, Rick is an inspiration. He didn't give up on drumming, and Def Leppard didn't give up on him. Gotta love that, respect that. I'm looking forward to hear what you have to say today. Rick was the first person I thought of when I woke up from my accident 16 years ago, realized that my entire left leg was missing, amputated. I figured if Rick can play at the extreme high level without an arm, I can do the same thing with my leg.  So, you're an inspiration to a lot of people. You really are."

Rick: You know, I do the best that I can. I'm a work in progress. I'm inspired by people. You should respond to him and just say you spoke to me. That's cool. It's inspiring that he was able to pull himself up and play again. That's really cool.

Mark: Can you tell us a little bit about your current drum setup that you're using?

Rick: Yeah. I'm actually using apTrigga at the moment. It's a computer-based software. I love to use that when I'm out on the road with Def Leppard because it's convenient. I can place the drums anywhere I want. I normally have a bass kit that is pretty straight. From left to right on the floor is kick, snare, floor tom, and then my regular kick drum. And then the top kit is a snare, tom, top tom, floor tom. And then I have a couple of other triggers around the place like I'll have a kick drum that I can hit with my right hand. So, I can express myself with that kind of drum kit. It's pretty cool. And then when I'm in the studio, a lot of times I'll just play acoustic drums, just a regular Yamaha setup, an acoustic setup, just a standard sort of setup, snare, hanging tom, a couple of floor toms, and kick drum. That's how I started out. I started out playing acoustic drums. That's the thing that ultimately inspired me. So, I keep going back to the acoustic drums, depending on what I'm doing.

Rick: That is foot controlled hi-hat, then a kick drum, and then a snare drum, floor tom. Yeah, that's pretty much it.

Mark:  How much touring are you guys planning on doing this year?

Rick: Not as much as last year. This year is European festivals. I think the first one is up in Sweden. And then we're gonna be doing Donington in England and all the major festivals around Europe. And then, I think we got a Canadian tour, and then the Vegas residency.

Mark: Thank you for your time, as well as all of your passion and inspiration you give to all.

Rick: It was a pleasure, you come say hi in Vegas! 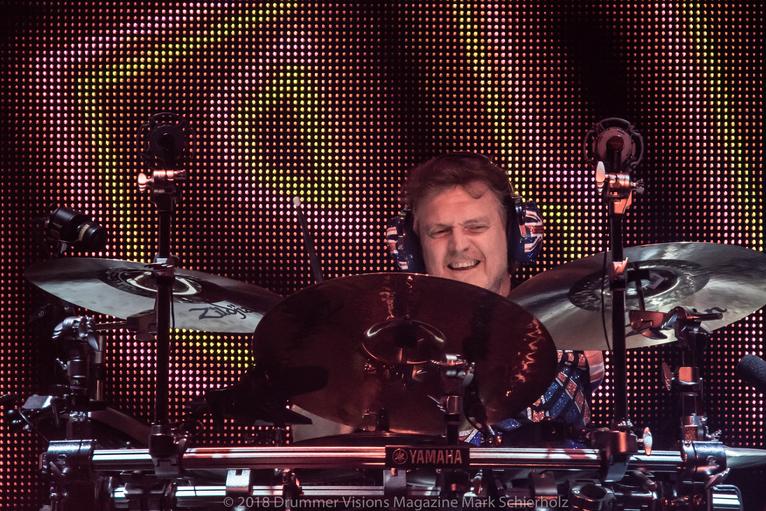 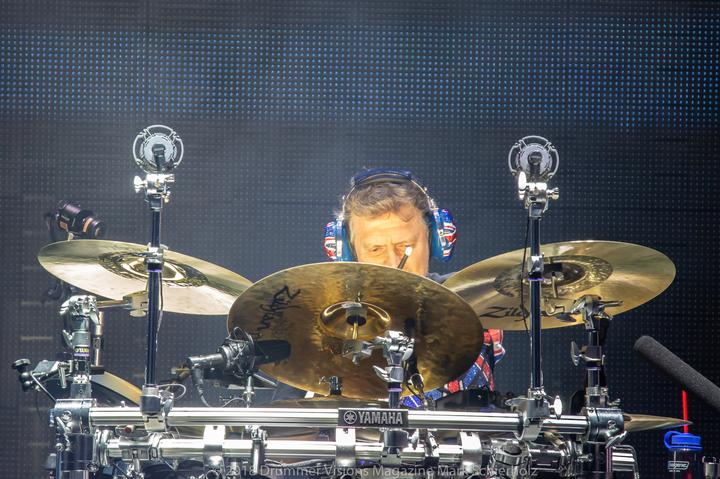 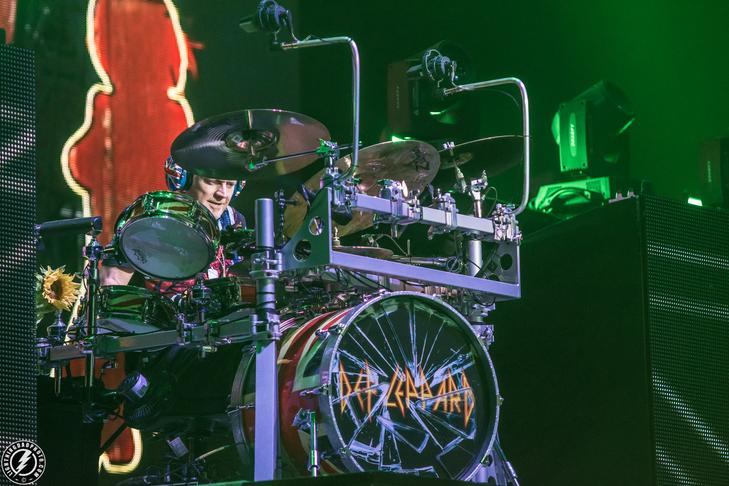 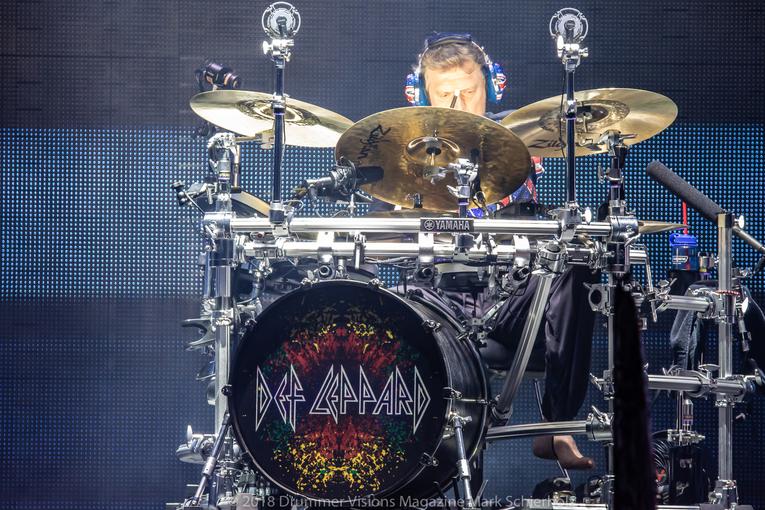