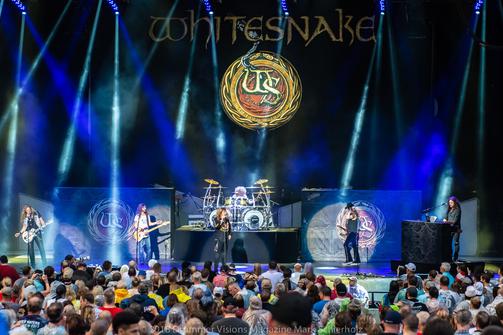 Whitesnake ​was next up with a truly electrifying set starting with the song Bad Boys, then performed Give Me All Your Love, Love Ain't No Stranger, and Slow an' Easy. After that, guitarists Reb Beach and Joel Hoekstra had a shredding guitar duel. Next up was Crying in the Rain, featuring a drum solo by legendary drummer Tommy Aldridge using his bare hands. Simply badass drumming. The next song was Is This Love, then Slide It In followed by Here I Go Again. To close off the night, they performed Still of the Night. Whitesnake's performance at Starlight was the best performance I've seen them play, ever. The buzz from fans in the crowd verified that, they flat killed it. Their performance was worth the ticket price all by itself, they held nothing back, and gave the fans what they came to see and hear, a blistering dose of rock music.

​Foreigner ​rounded out the evening full of surprises from start to finish. Starting with Long, Long Way From Home, they then proceeded to perform Double Vision, Head Games, Cold as Ice, Waiting For a Girl Like You, Dirty White Boy, Feels Like the First Time, Urgent, and Starrider. Then they performed the classic Jukebox Hero with a drum solo by Chris Frazier, to give Kelly Hansen time to make his way to the soundboard where he is raised about 20 feet in the air to sing the rest of the song above the crowd. The band performed an encore of the song I Want to Know What Love Is which included bringing out the choir of local high school St. Thomas Aquinas to sing along, which made for a stage full of pure musical talent of which the crowd was totally into, also singing along. Due to the rain delay at the beginning of the evening, the band was running out of time because of the strict curfew of the venue. They still belted out Hot Blooded to a standing room only of 5700 in attendance. Foreigner still brings all the energy and amazing music it has for 40 years, add some amazing stage lighting, you get an unforgettable show. 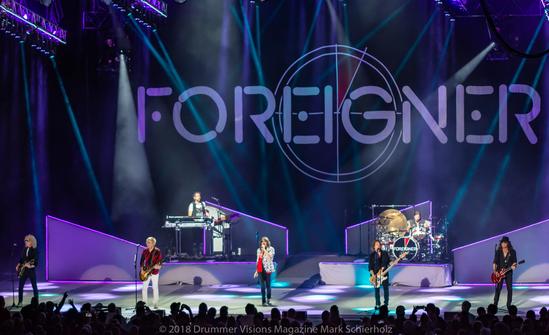 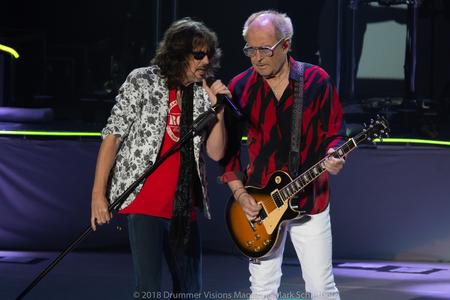 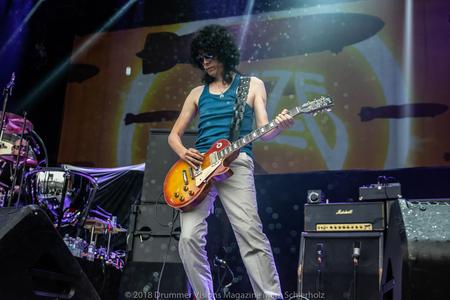 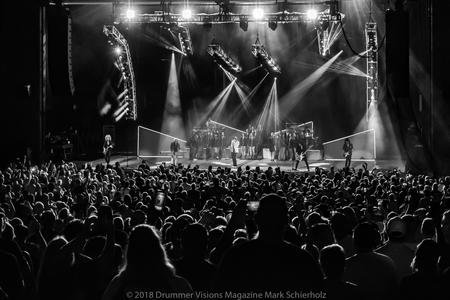 ​Review and photos by Mark Schierholz. Separate photo galleries are also posted on the website. 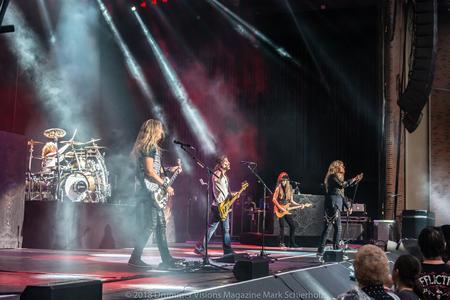 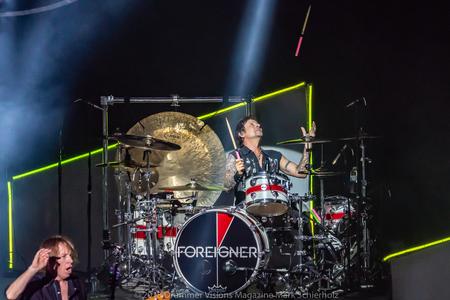 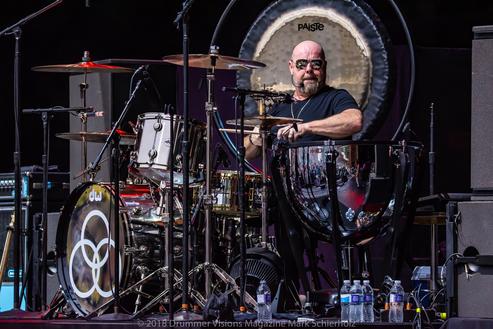 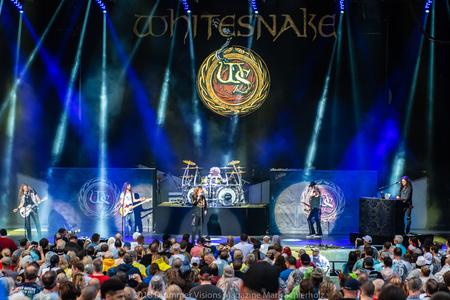 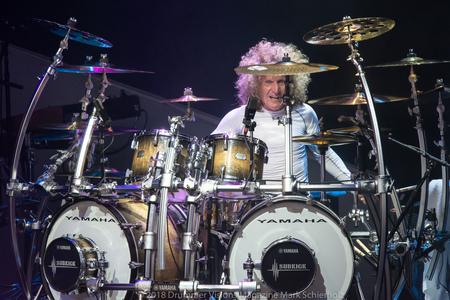 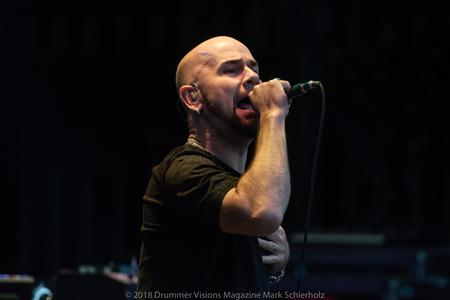 ​It was a packed night of rock filled with rain pouring down in buckets at the show start time of 7:00 PM at Starlight Theater. That did not deter the hardcore fans, of which a handful had already found their seats. By the middle of Bonham's first song fans were filling the seats, despite the continuing rain.

Jason Bonham, son of legendary Led Zeppelin drummer John Bonham, and the Led Zeppelin Evening, was set to open up the show with a 15 minute delay from the rain. They made a decision to go ahead and start the show, after pulling some of the gear further into the stage. They opened with the Immigrant Song, followed by Good Times Bad Times. After that, they performed The Ocean, Over the Hills and Far Away, What Is and What Should Never Be, Whole Lotta Love, and then Rock and Roll. They finished up their set with the well-known extended version of Stairway to Heaven. Bonham's touring band is as authentic a Zeppelin performance as originally performed. Bonham plays with the same finesse and authority as his father did, and always gives praise to his dad at the beginning of his sets.​

​Tony Catania, guitarist, has played with Bonham since the beginning of The Jason Bonham band around 20 years ago. He's very good at recreating the original sounds of Jimmy Page with a little extra flare of his own.

James Dylan, the lead singer, hits all the notes that send chills down your spine. Simply close your eyes, and you wouldn't know it wasn't Plant himself on the stage.

Michael Devin, bassist, has great energy in the way he performs. 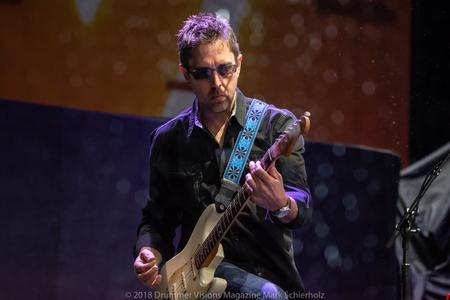 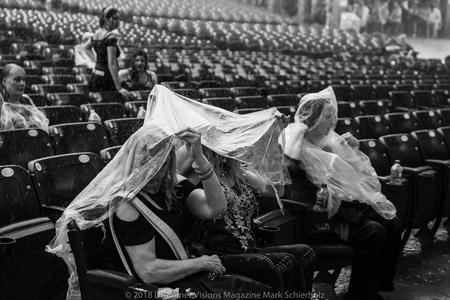 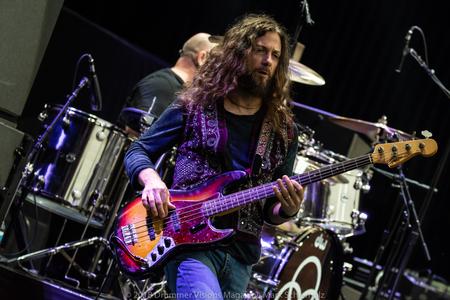 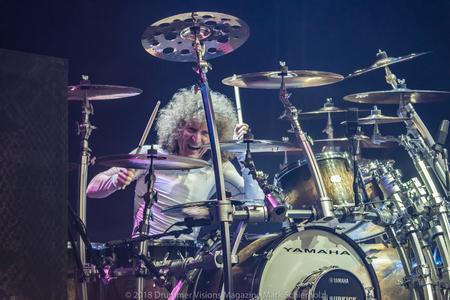 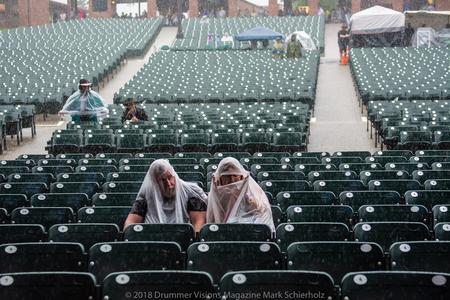 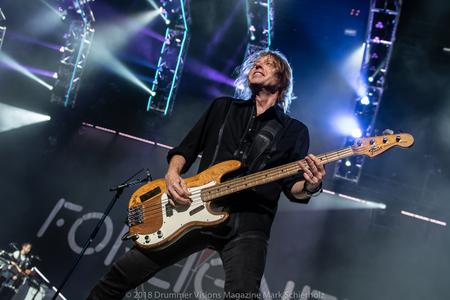